“Sell this pen to me.”  Ever heard this one before?

This is a perfect interview question that still stumbles up the occasional aspiring-salesperson today.

The idea is that you try to sell the ordinary run-of-the mill fountain pen that I give to you. In the wolf of Wall Street the model was featured brilliantly and still a somewhat-common interview question in the modern sales world.

Many people try to rattle off as many features of the pen as they can think of knowing well that they’re fudging the facts.

No “right” answer to this riddle.

Especially the common response is that “Can you write your name for me?”

You are the one to judge, the real trick is turning the question around on the asker. Now, this exercise might look like facing an interview for a job you’re probably not applying for.

However, it’s also an important lesson that many marketers screw up. Now you can see why Savvy marketers sell more than a product.

In “sell me this pen” scenario, the pen is not what we’re talking about. It’s about the need for the pen.

Online courses or digital products can be used to replace pen, and it’s the same scenario.

You could replace “pen” with “online course” or “digital product” and it’s still the same scenario.

You don’t want to merely know the features and benefits of your product but get stuck with a deer-in-the-headlights look on your face when it actually comes time to SELL to your prospects. There’s so much more than just the benefits and features of the product.

Note: many people don’t purchase anything for external reasons, but they purchase due to internal pains and desires.

You can have an amazing, mind blowing product if you are selling anything. However, if you haven’t engaged your prospect internal state, you will most likely fumble. Now let’s have a look at the way into “mass desires” before.

The reason is that the best marketers out there don’t simply sell products. They sell desire, results, and identity, and you too can make it. All it takes it a quick lesson in propaganda.

The term itself has unpleasant method, but that’s not always the case. When I talk about propaganda, I’m not talking about the “fake news” debate that’s taking the world by storm. In the world of marketing, the principle of propaganda works so well in a way that many people are not aware of it.

Let me give you one of my favorite examples from 1920 during the Roaring Twenties. In the 1920s, the typical American breakfast consisted of toast, coffee, and orange juice. Many families back then had little time for a traditional hot, sit-down meal, and this was a major concern to the Beech Nut Packing Company.

The reason is that the main product was bacon. Back then, bacon for breakfast was a foreign concept. People just weren’t on board with its fatty, salty goodness for breakfast (sorry vegans and vegetarians in the house). In the Beech nut packing company, the good people there decided to take a slightly unconventional approach to deal with their bacon problem. They hired a famed propagandist – Edward Bernays.

Bernays didn’t create his campaign for bacon by putting it on sale or trying to sway people with its delicious flavor. He didn’t dress up salesmen in pig costumes on the street to give away free samples. But instead of doing that he took a totally different approach – an approach that had little to do with bacon itself.

Bernays quickly realized the best way to get bacon on the breakfast plate was to indirectly influence the daily eating habits of everyday families. To do this, he sought out and identified the trusted authority figures on the standard American diet.

The suggested go-to hearty breakfast was bacon and eggs. Obviously, the campaign was a massive success. Anyhow, the key takeaway here is that Bernays was able to uncover arguably the most effective way to advertise bacon without actually advertising bacon. He ran a survey and publicized the results.

As you share your product/service with your prospects, consider this …

Would you like to find out more on how to better market to your audience? Be sure to check out my mentor Ferny’s 10 day bootcamp. 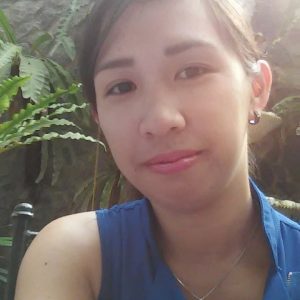 Hello, and welcome! I’m Regina Lajera, the owner of reginalajera.com. It is my goal to bring you plenty of content to help you with your business. In case you haven’t already, be sure to sign up and get your FREE copy of my ebook “The #1 Key to Promoting Your Business Online.” 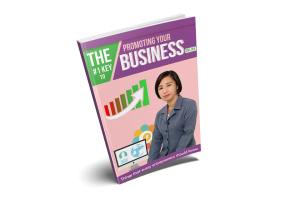 We are using cookies to give you a great browsing experience, analyze site traffic, personalize content, and serve targeted advertisements.

You can find out more about which cookies we are using or switch them off in settings. If you continue to use this site, you consent to our use of cookies.

This website uses cookies so that we can provide you with the best user experience possible. Cookie information is stored in your browser and performs functions such as recognising you when you return to our website and helping our team to understand which sections of the website you find most interesting and useful.

You can adjust all of your cookie settings by navigating the tabs on the left hand side.

Strictly Necessary Cookie should be enabled at all times so that we can save your preferences for cookie settings.

If you disable this cookie, we will not be able to save your preferences. This means that every time you visit this website you will need to enable or disable cookies again.

This website uses Google Analytics to collect anonymous information such as the number of visitors to the site and the most popular pages.

Please enable Strictly Necessary Cookies first so that we can save your preferences!

The Facebook Pixel helps us make advertising messages more relevant to you and your interests. They also perform functions such as preventing the same ad from continuously re-appearing and ensuring ads are properly displayed.

Please enable Strictly Necessary Cookies first so that we can save your preferences!